Mas Becha, owned by Charles Perez since 2008, nestles in the very heart of the Pyrenees Orientales and overlooks the Mediterranean Sea.

The Estate is nestled on the distinctive terroir of Les Aspres, situated between the plain of the Roussillon and the Canigou mountain range, the 25 hectares of organic vineyards (certification obtained in 2011) exist within a protected biodiverse of a whole 110 ha, beneficial to
polyculture.

Mas Becha is steeped in the Catalan identity, they produce wines with a strong sense of place. Wines caressed by the sun, which delight the consumer with their unique balance and freshness.

At Mas Becha, their respect for the earth is rewarded by wines which awaken the senses.

Born in Perpignan, Charles Perez is the local lad. He embodies the new wave of the domaine winemaker.

Charles is rigorous in his tireless passion for Organic Farming & Biodiversity.

Following a BTS Viti-Oeno and a formal training in Bordeaux and the USA, Charles completed his studies with a Master of Science in Management delivered by OIV (Organisation Mondiale du Vin).

His degustation training and hard work were augmented by the numerous travels round the world. This Roussillon outsider set out to redefine the 110ha of the family business, where winemaking constituted the sole activity, producing 7000hl in bulk, half of which were in natural sweet wines.

Charles kept only 25ha on the best soils for the vineyards. The remainder of the 110 ha was turned to mixed farming: market gardening, almonds, olives, fodder and cork-oaks.

In doing so, Charles renewed the biodiversity on the territory of Les Aspres and led the way towards organic wines, for which he obtained the certification in 2011.

Concerned about the preservation of this exceptional vineyard, he has assembled an impassioned and committed team, whose common goal is furthering knowledge, savoir-faire, and above all pleasure.

Sustainability & Caring for the Environment.

Charles quickly realised the importance of team work. The restructuring of the vineyard, in response to climate change, included improvements to return the soil to its organic state. Charles chose a practical ecosystem, allowing animal and plant life to coexist and bring back biodiversity to the
vineyards. Water drainage, neglected in the old days, played a major role in the plantation of the vineyards.

Far from being dogmatic, Mas Becha creates the wines with philosophy and open mindedness, but always governed by common sense. The work of the vineyard follows the environmental and judicial stipulations dictated by the AB label. In the vineyard and in the cave, nothing is forbidden as long as every action serves the wine. Although concern for the terroir will generally comes first, Charles considers that the viticulturist personal approach is essential towards a remarkable final product.

Like a conductor, he fine tunes the cultivation and oenological practices which combine to produce the exact wine of his imagination. Each year, Mas Becha welcomes to the domain hundred of visitors, thanks to the informative paths created, aiming to share and transmit the spirit of the vineyard. Four open access circuits, tagged with illustrated and detailed information, allow anyone to understand the inner workings of organic wine growing as well as promoting the biodiversity of Mas Becha and the typical landscapes of Les Aspres. 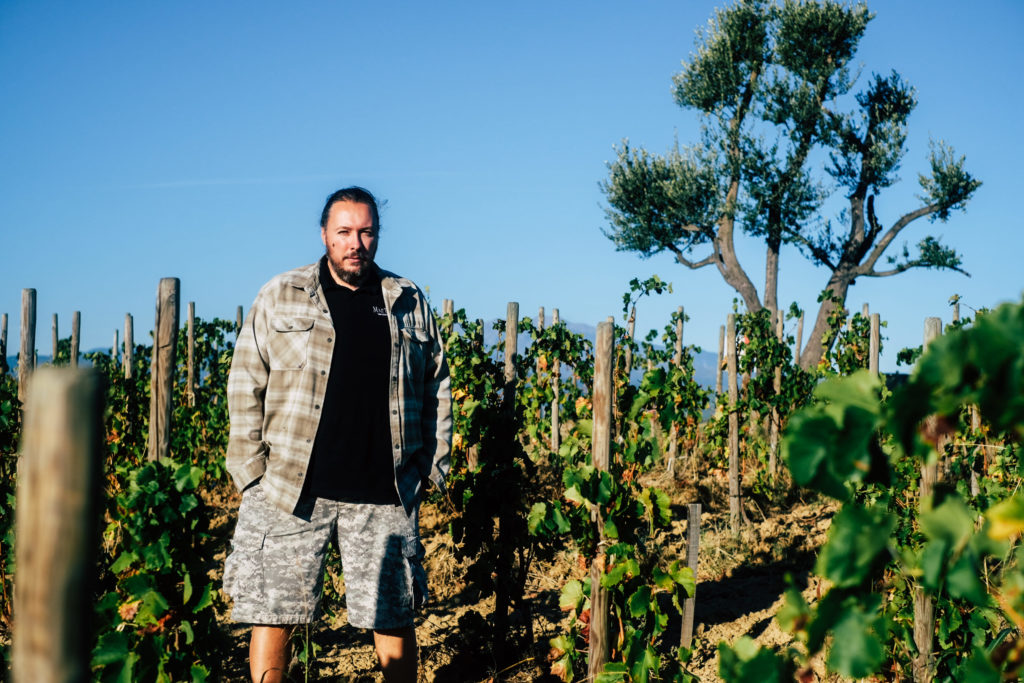 Delve into the rich history of our esteemed wine makers 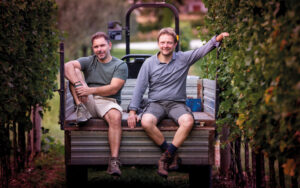 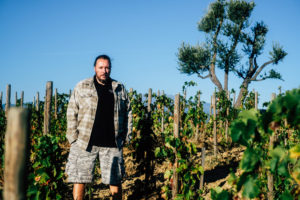